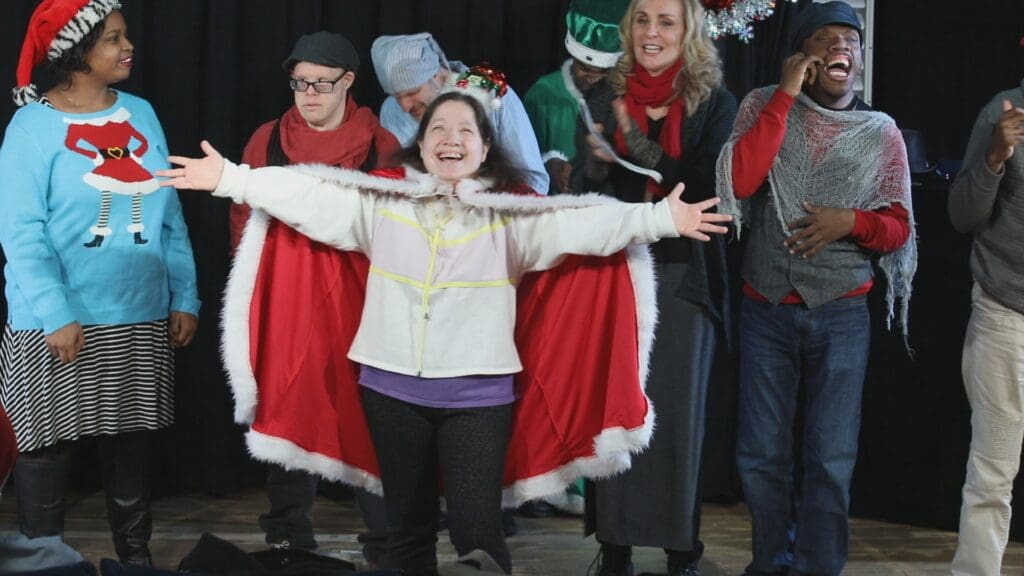 In Our Broadway, incredibly talented people with intellectual and other developmental disabilities perform Broadway shows with Broadway actors on a Broadway stage! People like Rosa, who gets to live her dreams by singing on Broadway.

“I’m actually on Broadway. It’s my dream come true. I feel like I’m already a star!”

With 40 years in show business, Dale has made many friends in the industry along the way. They love working with the people with developmental disabilities supported by AHRC New York City who are aspiring actors, actresses, singers, and dancers.

Broadway actress Judy McLane, who starred in Mama Mia, sees the positive. “It’s a beautiful way to stay in touch with live music,” Judy said. “Working with them since Day 1 has been a gift to me and puts everything in perspective about what life’s about. This reaffirms to me what I’ve always known about music, theater, and dancing — and what it can do for the human spirit.”

80 Broadway actors, choreographers, musicians, costumers, and other professionals have worked with Our Broadway since it formed three years ago.

The performers with disabilities embrace the opportunity to work with Broadway professionals.

“Tell yourself that even though you’re disabled, you can still be on Broadway, and show the people what you’ve got,” Rosa says. “Never be ashamed.”

How you helped Jayson create beauty

How You Brought Walter Home

Thank you for helping them thrive