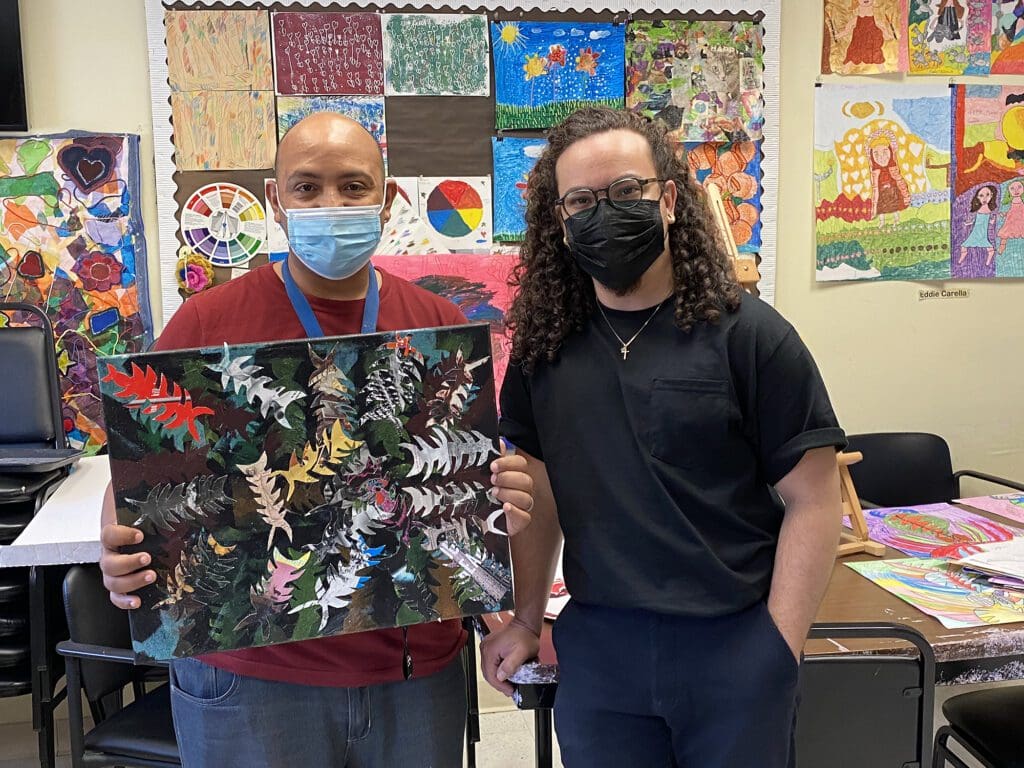 We may be facing challenging times, but AHRC New York City still helps people with intellectual and other developmental disabilities continue their journeys.

A new way of attending college

Daniel Davila recently graduated from AHRC New York City’s Melissa Riggio Higher Education Program at the City University of New York. Daniel and his remarkable classmates demonstrated incredible resiliency and growth as they transitioned from in-person classes to a virtual learning experience due to the COVID-19 pandemic.

“The studies are not hard–if you put your mind to it, you’ll get things done” Daniel said. “Stay positive, keep your routines as usual, and don’t get distracted. Everything is going to be fine!” Daniel is currently working at Amazon and hopes to move to New Jersey in the future.

“I learned a lot of about myself—there’s a lot of weakness and strengths you learn to work on,”

A modern method of exhibition was the first of its kind for artists supported by AHRC New York City as we partnered with the New York Public Library’s Baychester branch in the Bronx.

A virtual exhibition appearing on NYPL Baychester’s Instagram page featured works of four AHRC New York City artists, including Jeremy González. Jeremy’s primary artistic inspiration came to him nearly a decade ago via the cover of an issue of National Geographic. A macro image of a brightly-hued beetle has led to hundreds of creations featuring fantastical insect interpretations.

Jeremy says he wants to “push himself to the limit” through his art and expresses his ambition through T-shirt and handbag designs. He has a goal of creating his own website in the future. “I scratched my way from the bottom to the top of the art world to see where I can go,” Jeremy proudly said. “I live on my own now, near Pelham Parkway. I’m traveling on my own. I took my life back after COVID hit. There should be more inspiration for me now.”

As carrots, green beans, and radishes sprout, Anthony Tripodi looks forward to seeing his plants grow. “I want to plant these seeds to make the world a more beautiful place.”

How you helped Jayson create beauty

How You Brought Walter Home

How you made Rosa’s dream come true